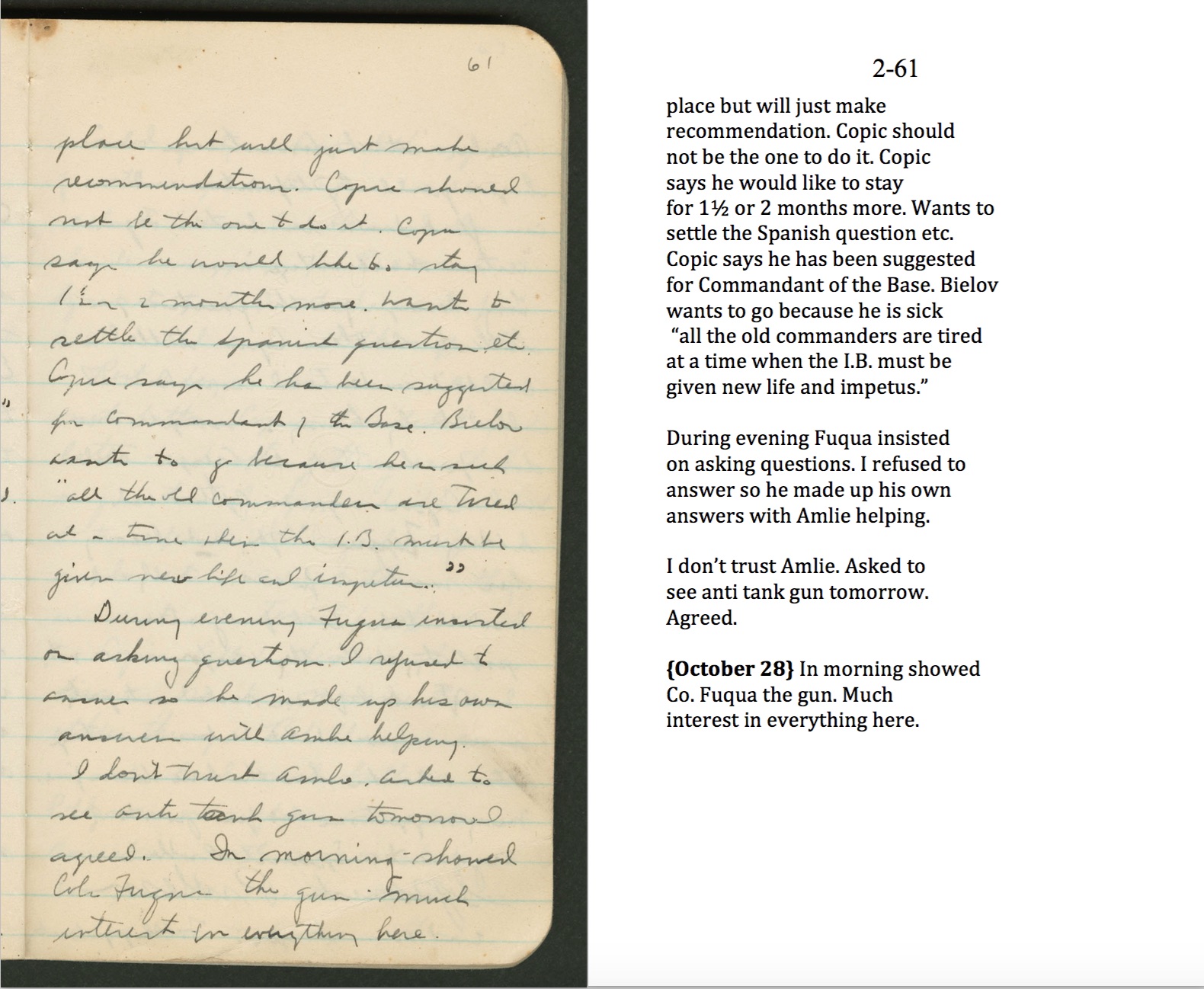 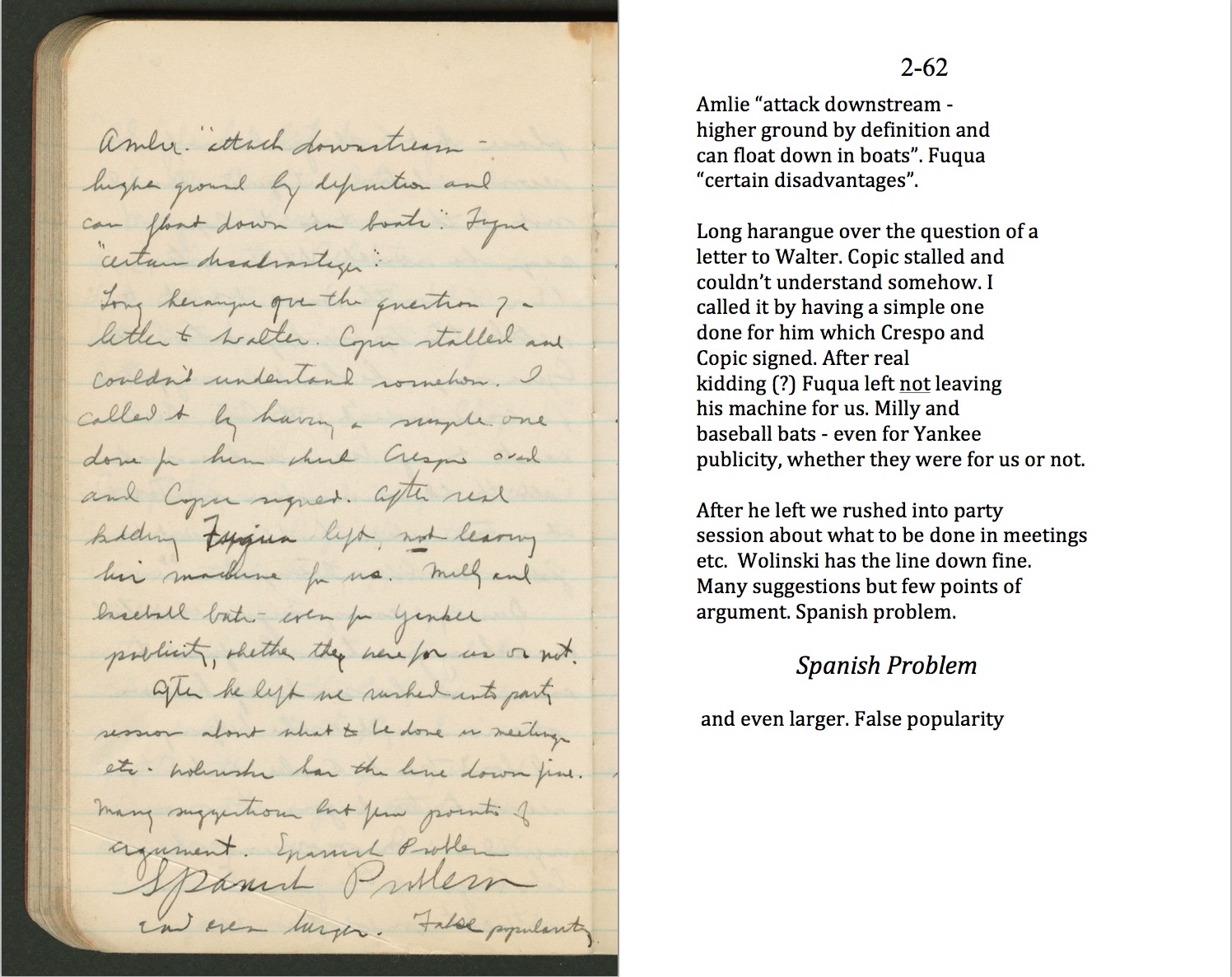 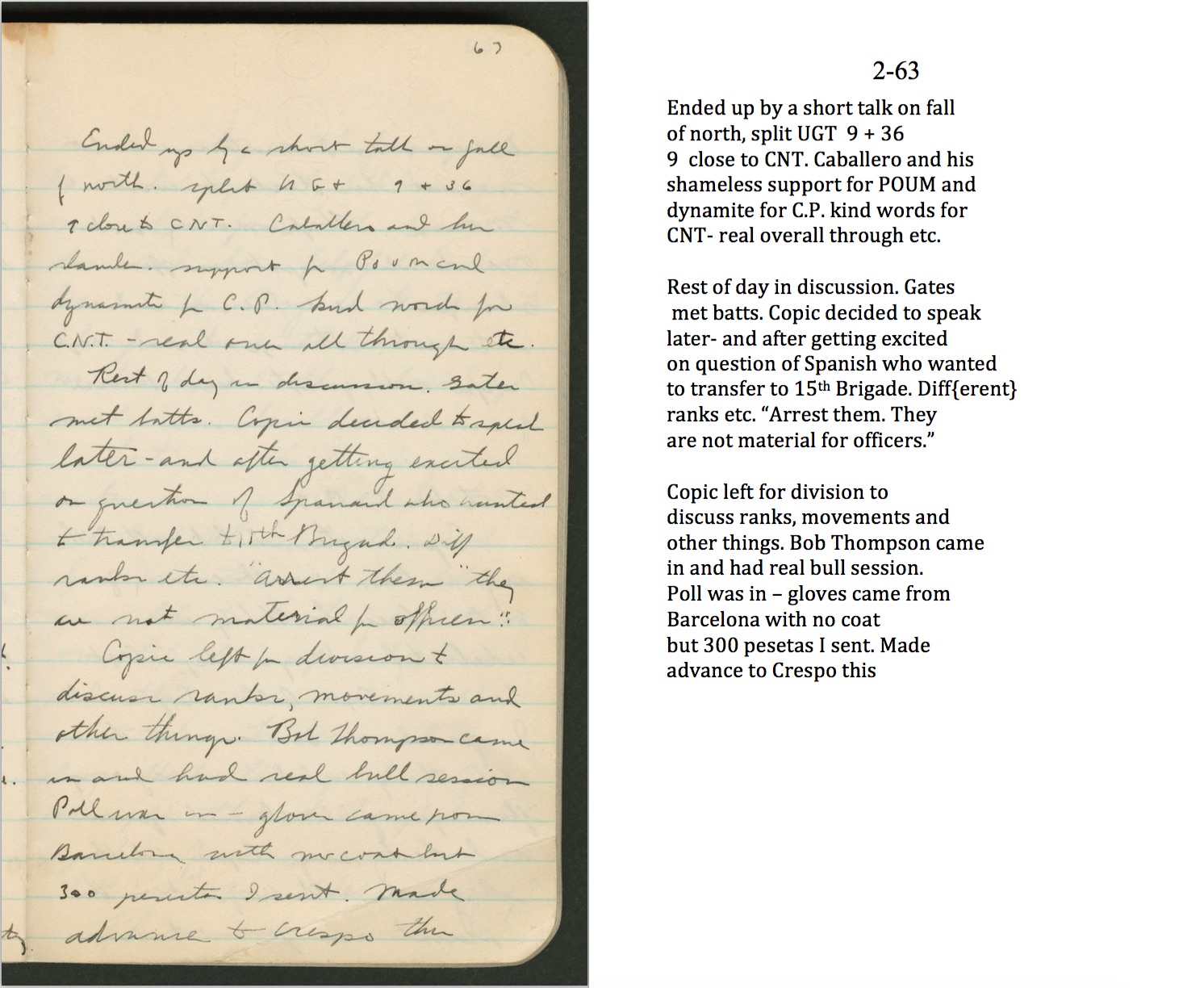 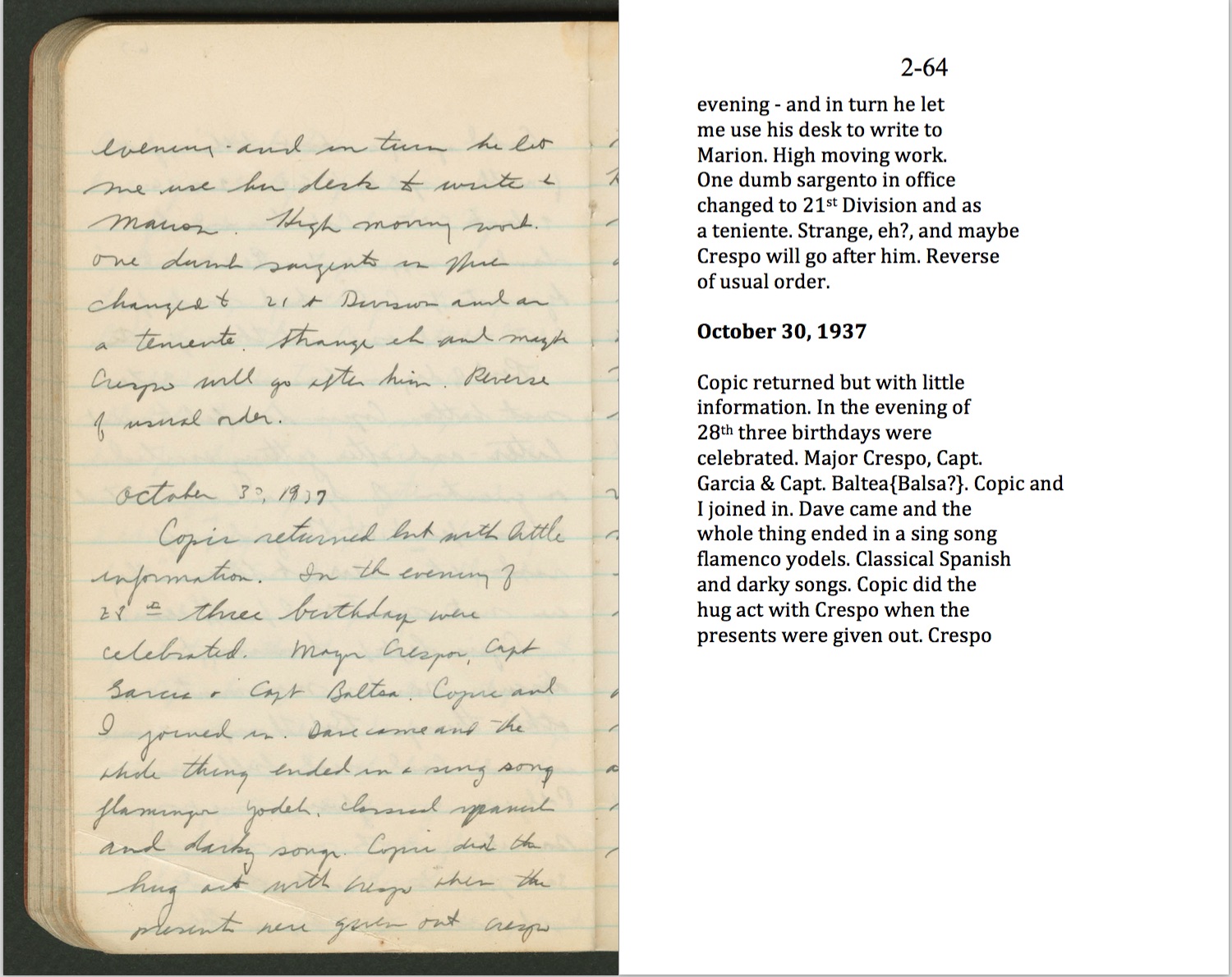 On the morning of October 28, Merriman does show Colonel Fuqua the anti-tank guns.   It seems that Fuqua is interested in getting all the information he can.   He is especially interested in the Russian antitank gun.  Hans Amlie advances a theory that the Brigades can just put boats onto the Ebro River and float into action.  His comment that this automatically gives you the high ground since water flows downhill is really very odd military theory.   Fuqua is skeptical and given that the Fascists have all the artillery and all the airplanes, putting men into boats with nowhere to hide seems silly.  That sounds like an 19th century solution in a 20th century war.

Merriman is still pushing Copic to support General Walter for leading a new Army Corps.  Copic is not going to go there.  Merriman drafts a letter for Copic and gets him and Crespo to sign off.   Merriman says that they were kidding Colonel Fuqua that he should have left his “machine” (i.e. his car) for the American Brigaders.  We include two photos of this scene and you can see in the right image that the car has US Diplomatic Plates and a US flag on it.

After Fuqua leaves, Merriman is rushed into a Party meeting where “Wolinski” (undetermined Brigadier) delivers the Party Line.  Merriman capitalizes “THE SPANISH PROBLEM” so the topic is pretty evident of how the Brigades are going to deal with the integrated Spanish officers.  He says “False popularity” and we can only guess what he meant by this term.  The meeting ended by a discussion of the 9th and 36th Brigades and their relationship to the Unión General de Trabadores (UGT), the Communist party union, and the Confederación Nacional del Trabados, the anarchist-POUM led union.   The 9th Brigada Mixta of the 2nd Division was originally led by General Lister and contained the Thaelmann battalion.   In the Aragon, it was led by José Martínez García and was based in Alcaníz.  The 36th Battalion of the 4th Army was called the 2nd CNT Battalion.  The discussion continued with Largo Caballero’s purported support of the POUM and why he was removed.

John Gates spoke to the Battalions and Vladimir Copic choose to speak as well.  Copic got excited about the proposal to include new Spanish comrades in the Brigades and the assumption that they would carry in ranks as officers.  Copic says that that precluded them as officer material in his army.

Merriman meets with Bob Thompson after Copic left for the Division for a meeting.   Harry Poll returned with gloves for Merriman.  No coat was purchased and Poll returned Merriman’s 300 pesetas.

Merriman tried to make up with Crespo since he wanted to write a letter to Marion Merriman and Crespo let Merriman use his desk.  But the love doesn’t last long.  A Spanish sergeant in the Estado Mayor who Merriman describes at “dumb” was moved to the 21st Brigade as a Lieutenant.  The freedom with which officer positions are handed out irks Merriman who recalls how the International Officers needed to be trained first at Pozo Rubio’s Officer Training School.   Merriman hopes that Crespo will follow him.   The earlier discussion that Crespo would go to the Army Corps as a Chief of Staff did not materialize as the Army Corps was dissolved.