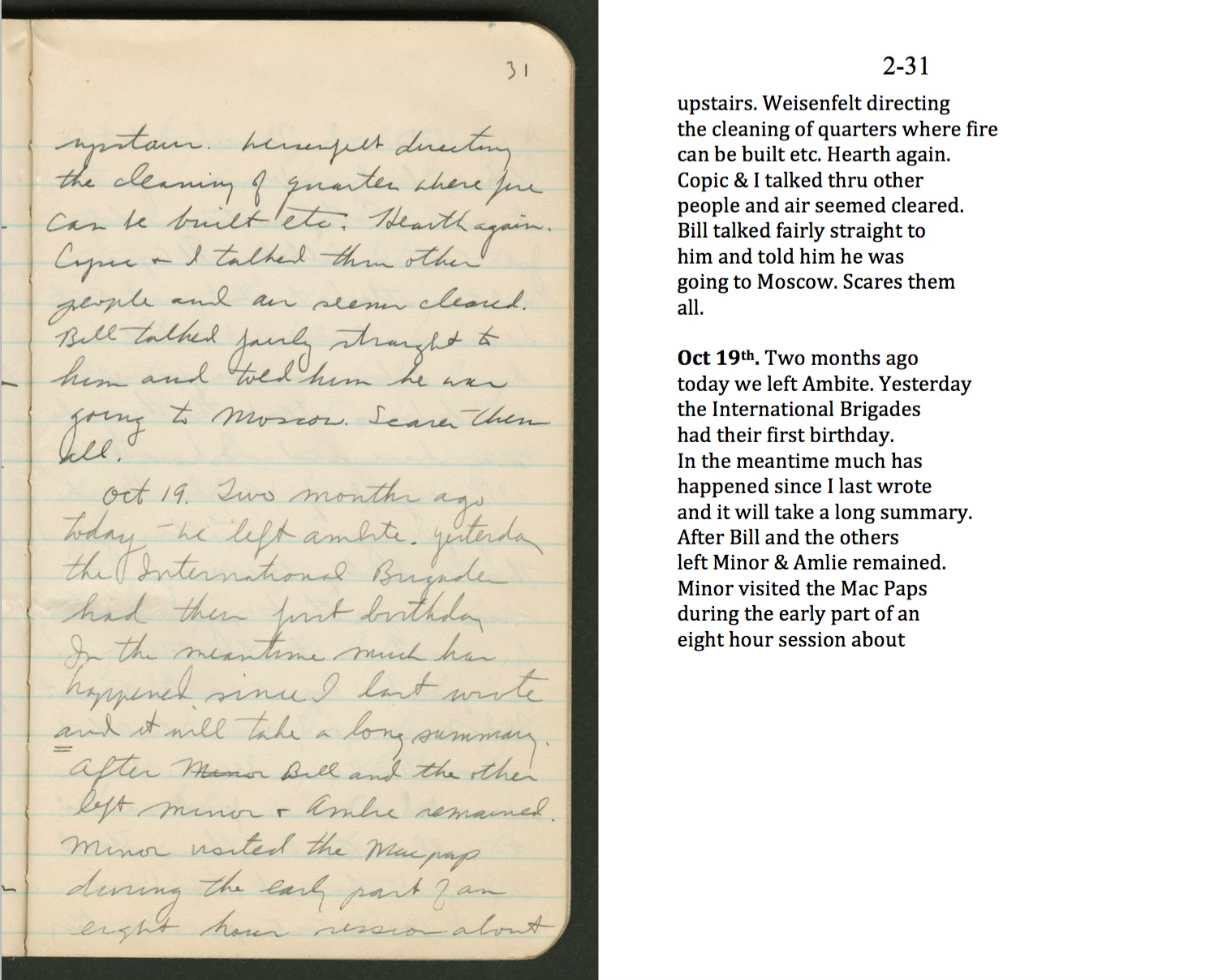 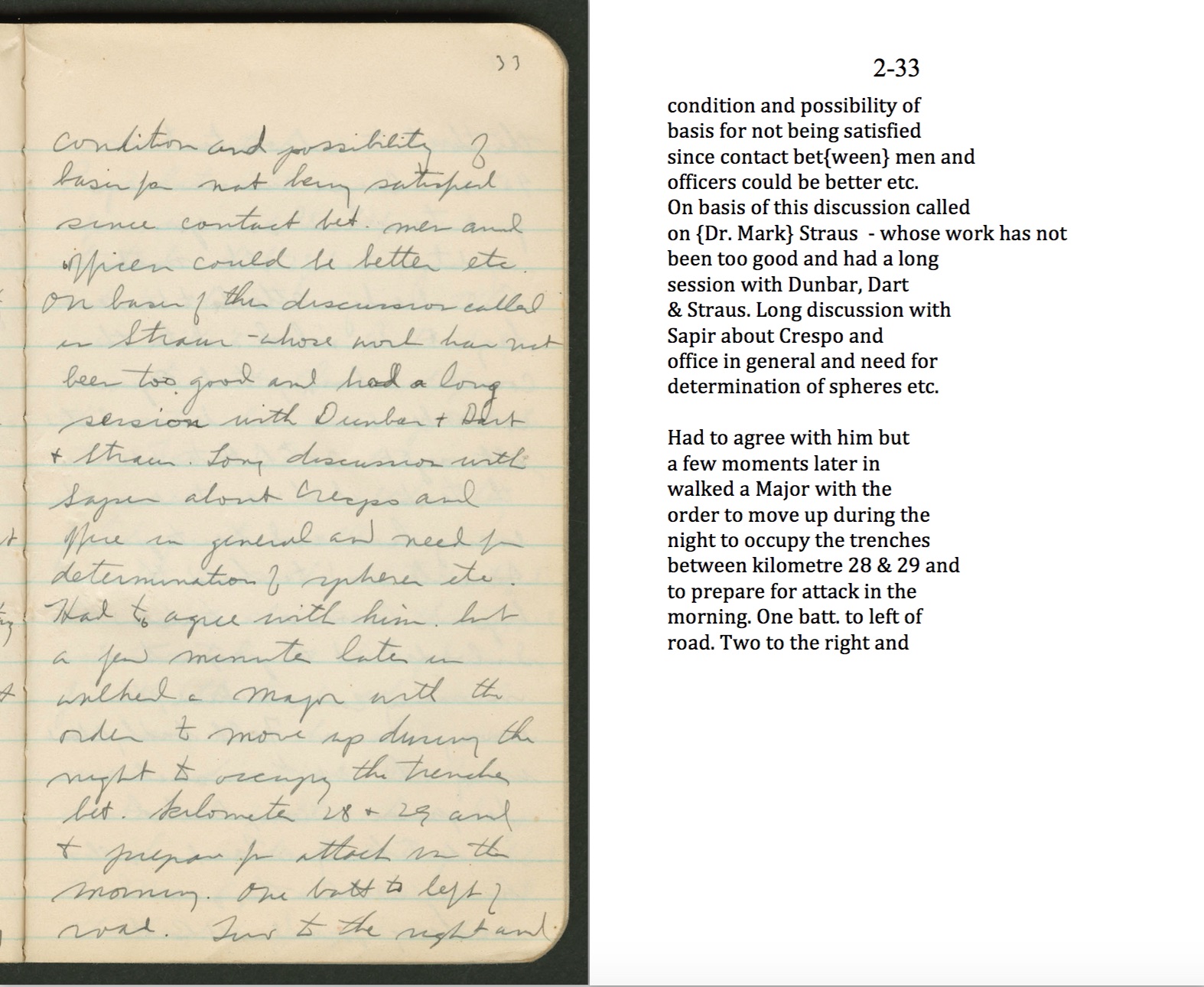 Merriman starts in again entering information in his diary on October 19.  The first lines describe the long meeting held with Bob Minor and Hans Amlie where they discussed Joe Dallet’s leadership as Commissar of the Mackenzie-Papineau Battalion.   Merriman says that Bill Lawrence and others who were visiting the Brigade have left for their trip to Moscow.   Merriman is reviewing history here so he makes the sad comment that the admissions of Dallet were like a “last confession”.   On October 13th, Joe Dallet would be killed in action.   Minor spoke with Dallet who appeared to take the criticism well.  Minor also spoke with Vladimir Copic but the details of that discussion are not given.

A representative of the US Army is at Quinto to visit.  This is Colonel Stephen Fuqua and he was seen in many photos reviewing positions and being shepherded around by Hans Amlie.  Fuqua was a military attaché in the US Embassy and Claude Bowers, the US Ambassador, was getting situation reports from him.¹   Merriman believes that Amlie has loose lips and is likely to tell Fuqua too much.    Amlie was openly criticizing the Communist leadership of the International Brigades and did not agree with the increased military protocols adopted by the Lincolns since Belchite (saluting, etc.).   Bob Minor refused to remove Amlie since he had been injured in Belchite but Vladimir Copic was disposed to having him arrested (which did not happen).   Bob Minor was going to speak to Amlie about his dissatisfaction but the unsanitary conditions of the camps led Minor to agree that the men had legitimate gripes and that perhaps instead they should try to clean up the camps.  As we saw in Senes, even Merriman got the “fever” (possibly typhoid) and the condition of the troops may have been discussed between Doran, Fuqua, Minor and Amlie.

Merriman calls in Dr. Mark Straus for a discussion of this health problem and Merriman blames Straus for “poor work”.  This discussion with Straus spread to include Malcolm Dunbar, Battalion Commander of the British Battalion and Rollin Dart, who was with the Lincolns.

Merriman meets with Moise Sapir again and discusses how to deal with the Second Chief of Staff Major Crespo.   Sapir wants to set boundaries (spheres) of who will be responsible for what.   Sapir is likely to be Merriman’s go between with the Base at Albacete to better define these staff roles.

Merriman doesn’t sound like he is willing to share any responsibility with Crespo but before this is resolved, they get orders to move up at 10 pm.   They are to be in the trenches at between Kilometer 28 and 29 on the Fuentes-Quinto road by morning.   The location of Kilometer 28 and 29 is seen on a contemporary map of Fuentes from 1937 below.  Also included is an image from Google Earth showing these positions today which parallel the industrial zone of of Fuentes southwest of the town.  This area is on a broad flat plain which drops off rapidly on the north and east as Fuentes de Ebro is below the level of the plain and in the broad fertile Ebro valley. 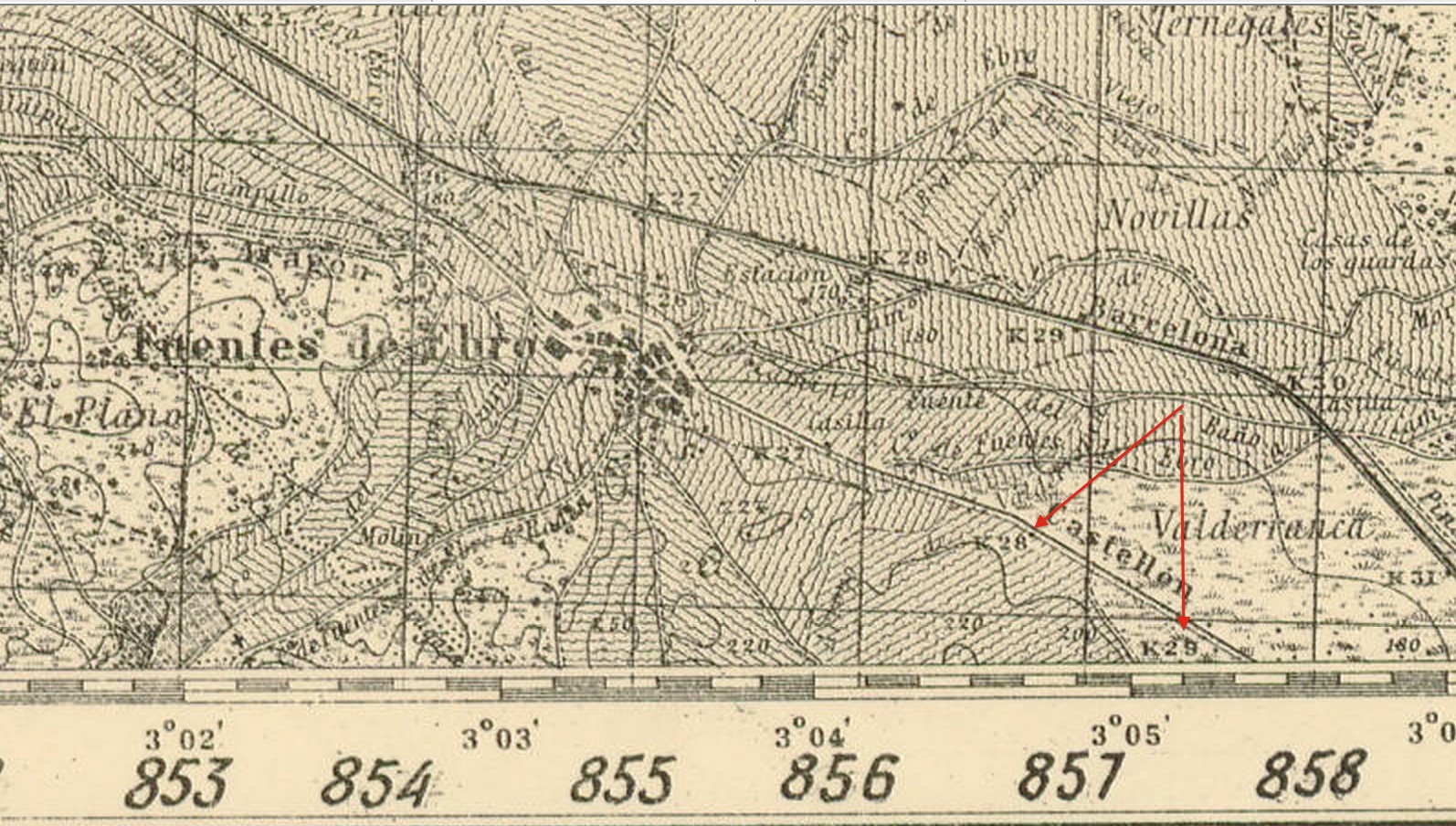 In the planning for the next day, the extensive use of the new BT5 tanks from Russia were discussed with Colonel Pavel Kondratyev (aka Pablo Otez) who would command the tank battalion.  25 new tanks and 15 older smaller ones would be used.   The Spanish 24th Battalion was to ride into battle on the back of these tanks and drop off into action after the tanks had smashed the wires and breached the trenches of the front line Fascist defenders of the town.  If the plan went ahead, the tanks would continue through to take the road to the north of Fuentes and keep moving towards Zaragoza.  The plan was ambitious if not downright foolhardy.

Merriman says that the tanks rolled by and they were marvelous things.   In 24 hours, his opinion of them might have changed some in real life, but on October 19, 1937, as he wrote this in retrospect, he was still impressed with them.