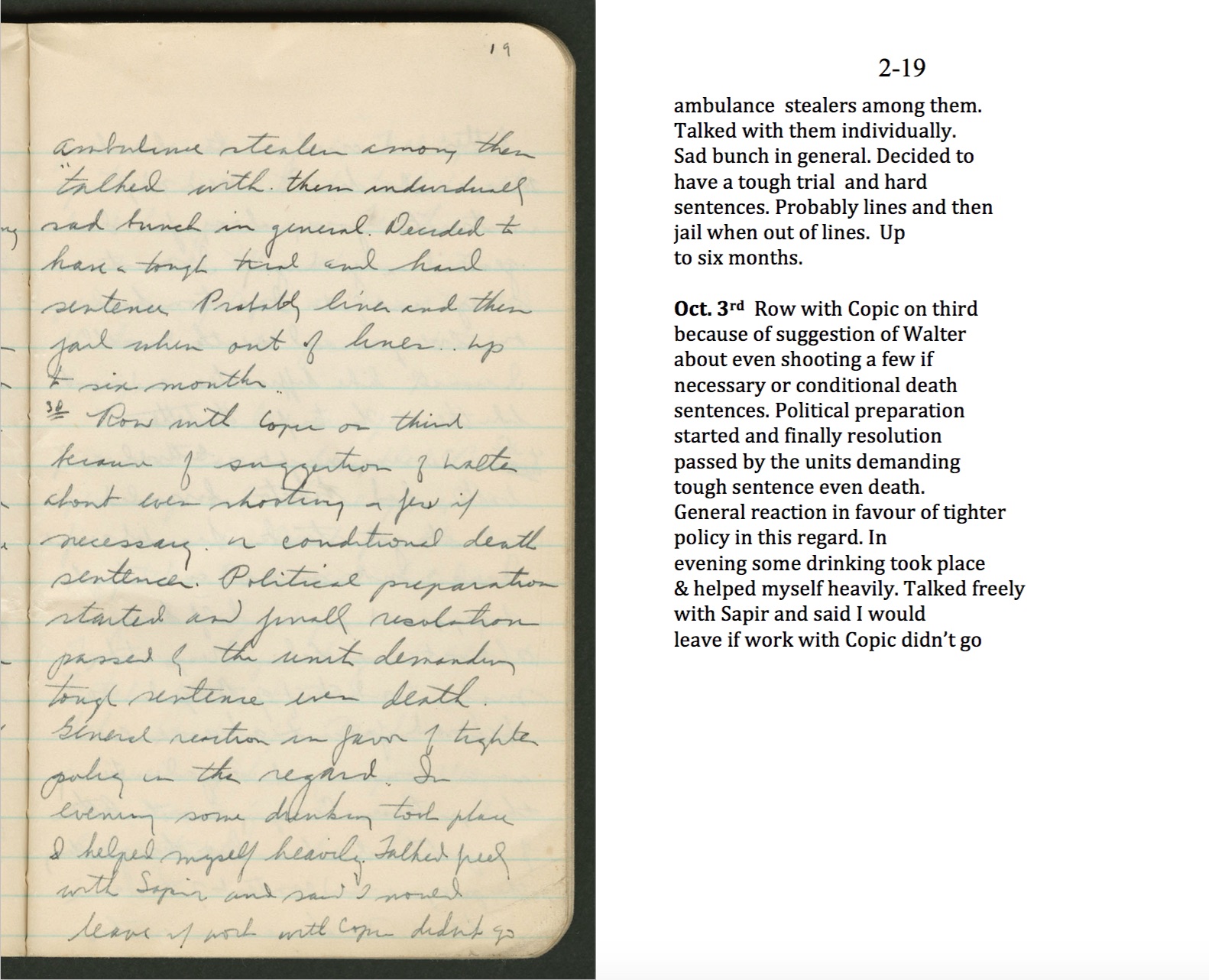 The October 2 discussion carries over to the following days.  The return of the 13 deserters, including five who stole an ambulance and 4000 pesetas to make a break for the French border, forced the Command to put a stop to desertions.     Merriman assesses the morale of these men and realizes that there is little he can do to return them to action and that examples needed to be made.   Details on these trials will come out over the next few diary pages and must have had a hard impact on Merriman.

General Walter suggested shooting some of the deserters.  Copic and Merriman disagree (which is no surprise).  It is quite likely that Copic agreed with Walter.  Merriman puts it to a trial and each will be brought up in front of the men.  After politically setting the stage for the fact that this will be a decision of the men, the vote goes for stern discipline and potentially death sentences.  Conditional death sentences are mentioned and these would probably have been delayed punishment based on future actions.   Some of the 14 men on the list from October 2’s posting do get killed, either at Fuentes del Ebro (an upcoming battle) or Teruel (two battles in the future).

Merriman rides out the day by drinking overnight with Moise Sapir who (we find out on the next diary page) also gets heavily drunk.  Like two morose comrades, they literally cry on each other’s shoulders.    Merriman reveals to Sapir his feelings about Copic and the next day brings back more sober reflection of their situation.  Merriman lectures himself about being able to respond to these depressing situations and to fight his way out of it.   But since he got paid as a Captain although General Walter promised promotions for him to Major, his depression about being misled by his senior officers is evident.