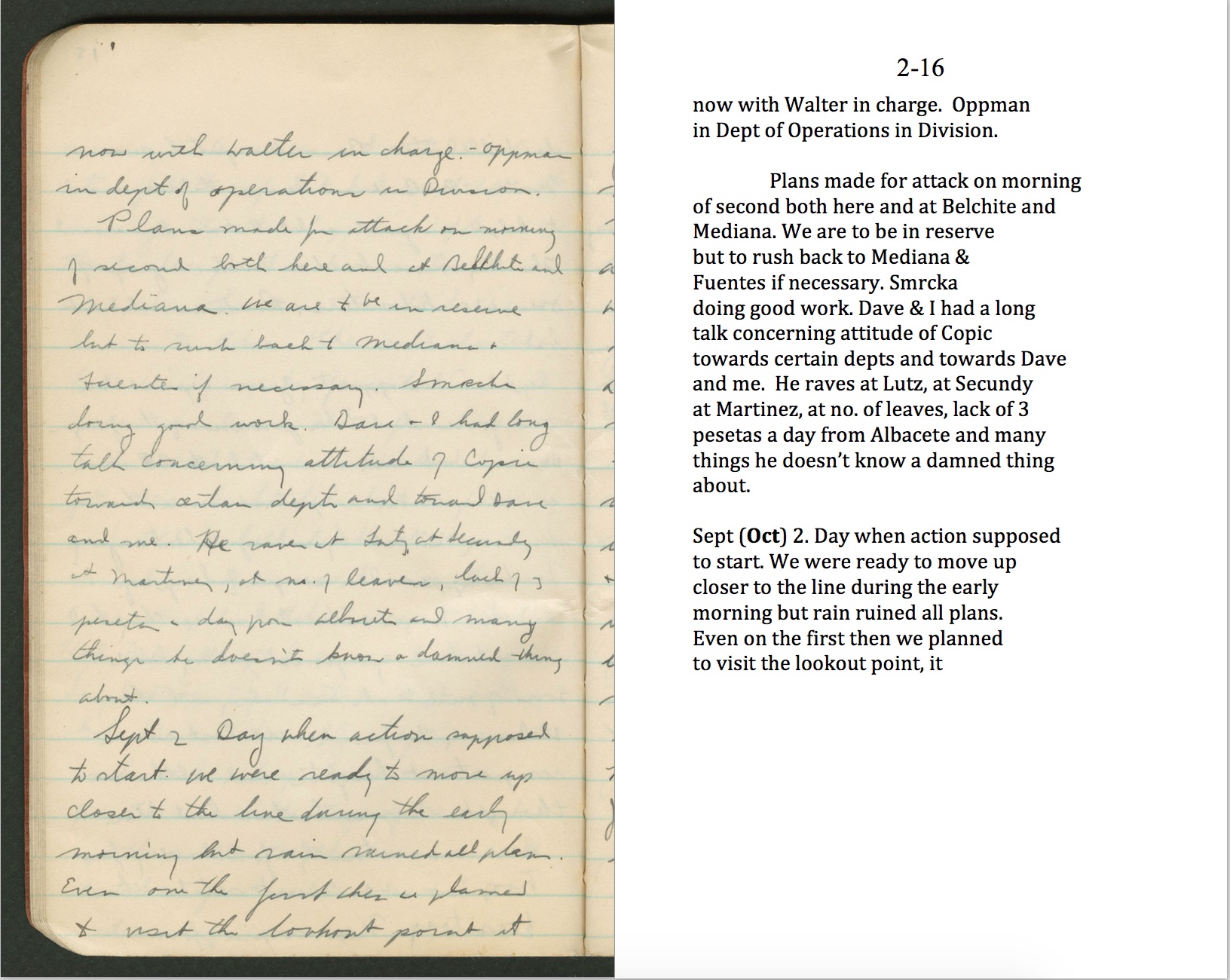 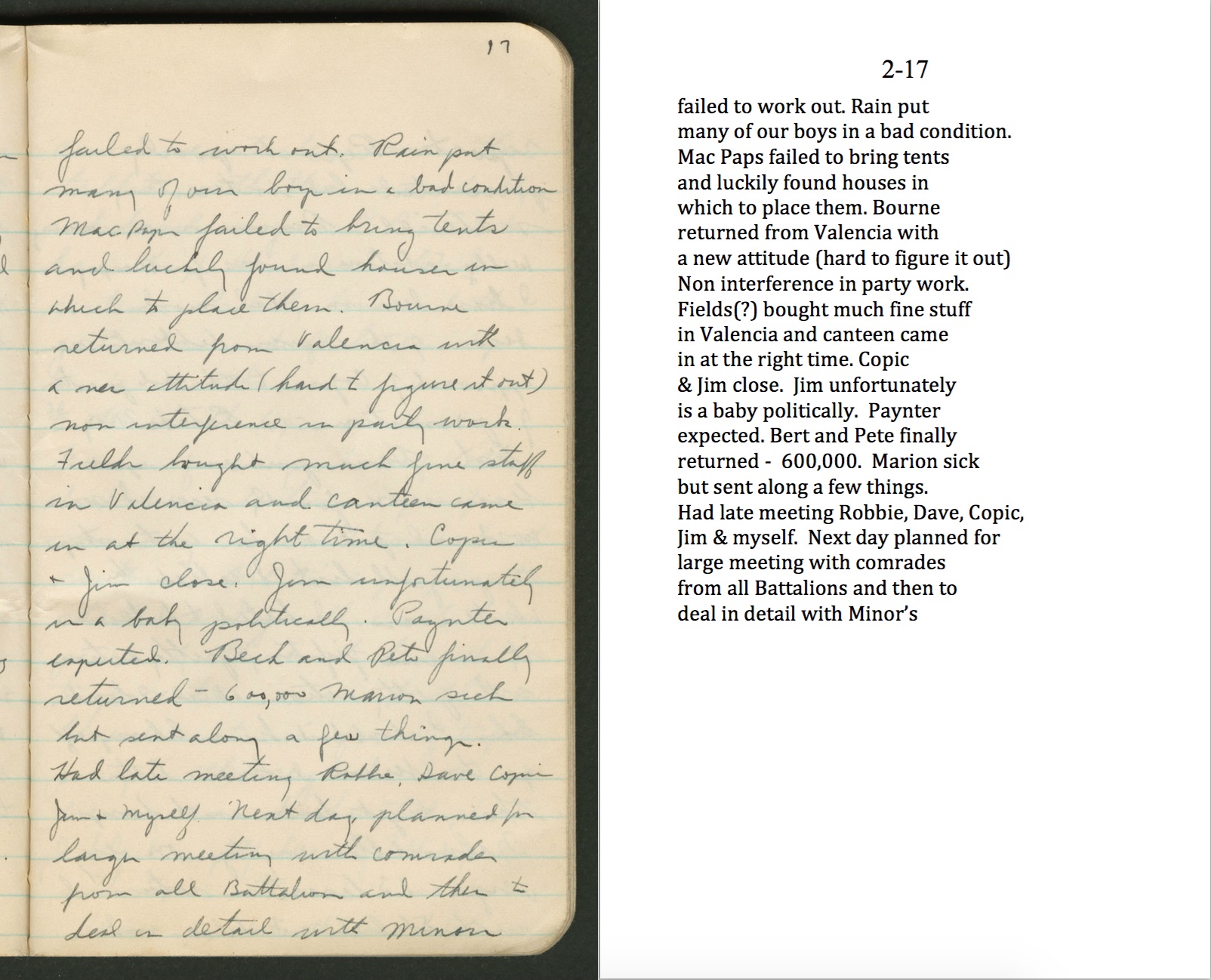 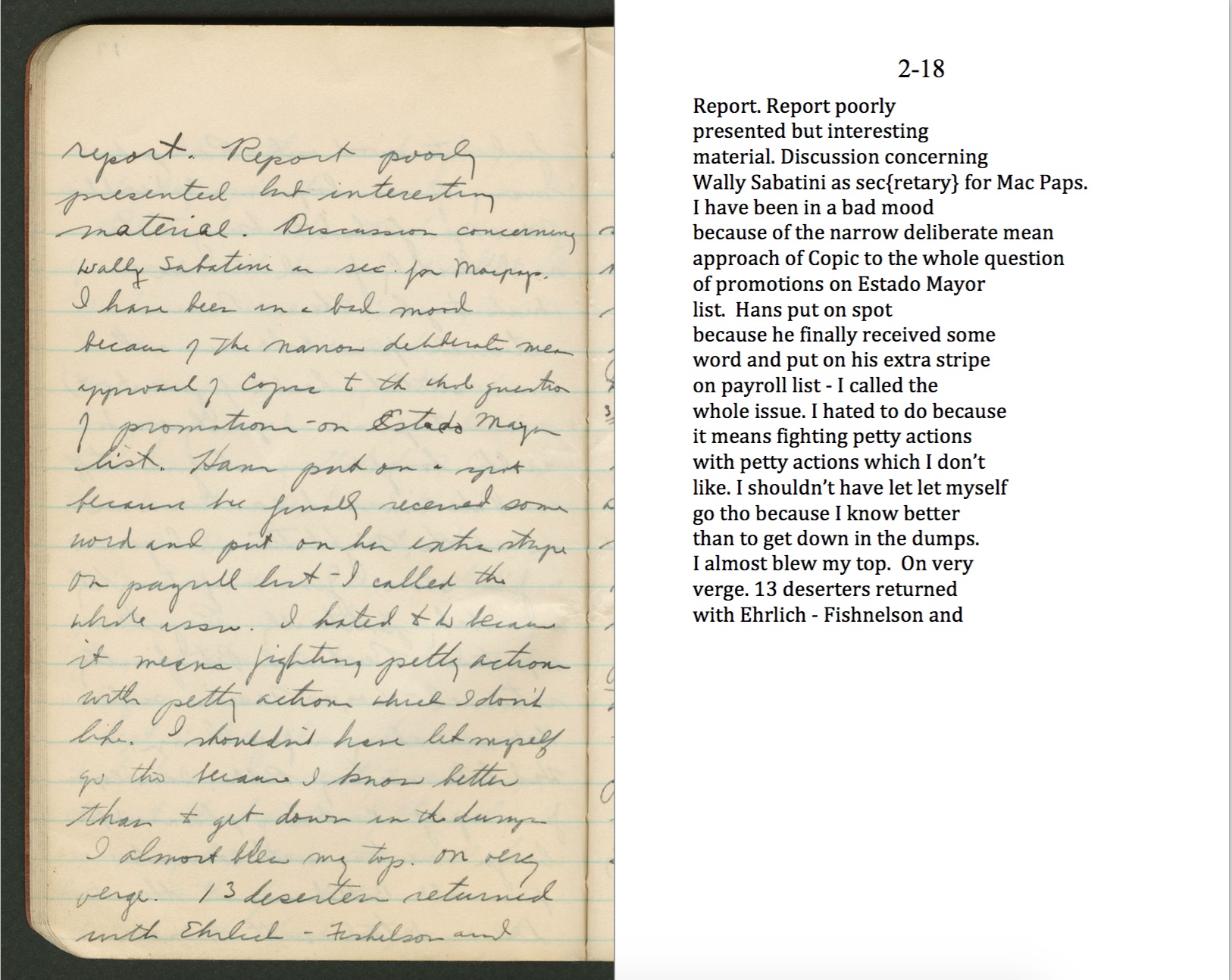 When the Brigade was to move up to the line, the rains come again.  September and October 1937 saw some terrific rainstorms which drenched the Brigade in Almochuel and the rains continue.  The Mac-Paps are not prepared for field bivouacking and they have no tents.  Merriman gets them housed indoors.   Art Landis finishes his story of the offensive:

The torrential rains that began at this point proved disastrous; whatever the intent of the Republican army of the east concerning the disposition of the 15th Brigade, it was automatically cancelled.   Instead the battle for Zaragoza was renewed.  Manuel Aznar, the Franco historian, remarks upon the Republican intentions and the Insurgent countermoves:

The attacks against Jaca beginning on the 24th of September and continuing through the 10th of October were a part of the general attacks unleashed all along the Aragon front to both bring to a halt the advance against Asturias, and to activated this front for further battles of either defense or offense.  Simultaneously  with the attacks on Jaca the 5th Army Corps of Modesto and Pozas attacked strongly again in the direction of Sillero on October 10th.  But now, not only was the full strength of the Barrón and Buruaga divisions committed to battle in the same area, but heavy re-enforcements had joined them.  These included, for the area of Fuentes del Ebro alone, the Mobile column of Zaragoza; a tabor of Tiradores de Ifni, and the 4th Bandera of the Tercios … There was one instance in which the Red forces in the line of attack were confronted by no less that the effectives of three Army Corps of the Nationalist Army.¹

The Aragon offensive around Zuera has been almost totally ignored by historians since little action was seen for the XVth Brigade.  The Book of the XVth Brigade only said “At the end of September, the Brigade was in reserve positions north of Saragossa.  The front was quiet; beyond occasion aviation raids, there was little activity.”²

Interesting sidelight here was that Leonard Lamb was said to be in charge of the Lincoln-Washington Battalion in the Huesca period.   This is from a tape made by Milton Wolff under questioning from Art Landis.³   Wolff recalls that Lamb shot himself in the leg in Huesca while cleaning his weapon and that Philip Detro took over as the Commander of the Lincoln Battalion.

Jim Bourne returns from the trip to Valencia and Merriman says he is a changed man.  Something significant happened in Valencia at this point and Bourne has become a good party man.  Perhaps he has become too good a party man.   He tells Merriman that decisions of the Party cannot be challenged.   This is likely regarding the decision to move the Dimitrovs out into the 45th Division and the decision to repatriate so many English comrades.  Merriman says that after he comes back Bourne and Copic become buddies.  That would have made Merriman very suspicious of him since there were rumors that Merriman was to be removed as Chief of Staff and Merriman may be suspicious that Bourne will replace him.   Merriman calls Bourne a political babe.

Supplies begin to come in.  A name we interpret as “Fields” brings up things from Valencia and the intendencia starts to work.  This could be either 59 year old Ralph Field or his son, John, at this point.   Since John Field was with the Mac-Paps, it may be that the senior Field was allowed to come up to be close to his son.

Merriman expects “Bert” {Williams} and Pete Hampkins to return with 600,000 pesetas for the payroll which is late.   In a few days, Merriman will write this name as “Buck” and it is possible that this is Canadian Communist Party leader Tim Buck.   Merriman says that Marion Merriman is sick in Albacete but he received goods from her.

Merriman says that the staff holds a meeting and discusses getting the Brigade together to present a report from Bob Minor, but no details of that report are discussed in the diary.    Merriman says that Wally Sabatini is under discussion to be Mac-Pap Battalion secretary.

Merriman lets his hair down again to reveal how irritated he is with Copic about the way promotions are being handed out.  “Hans”, probably Merriman’s adjutant Hans Kalbschmidt, got a stripe added (i.e. moved up in rank and pay to Captain) on the Paylists, even though there are no orders from the Army Corps approving the promotions.  On the document on the right, Merriman himself is marked still as a captain on the list which has been highly scribbled on and this is probably the offending document at this point.   The scribbles in pencil are probably Copic’s vetoing of the typed promotion plan and the writing in pen is Arturo Denis’ hand.  Merriman goes nuts over this and calls them on the promotions.   One feels that Merriman is far more irate in his diary than he was in Copic’s quarters.  “I should have told him…..”

At the end of October 2nd’s diary entry we see that Merriman has another issue arising.  14 deserters are returned to the front and they need to deal with them.  Among them is Nelson Fishnelson,  William McCarthy, Otto Lemke, Benjamin Kasinap, William Cantor, Henry Plotnick, John Hunter, Murray Krangel, Sol Feldman, Richard Brown, Robert Isenberg, Henry Shapiro, Ben Sacher (Lasher)  and Gene Augustin.  Of these men, the disciplinary action of the Brigade was leveled at Shapiro, Isenberg and Fishnelson.  More on this on October 3.