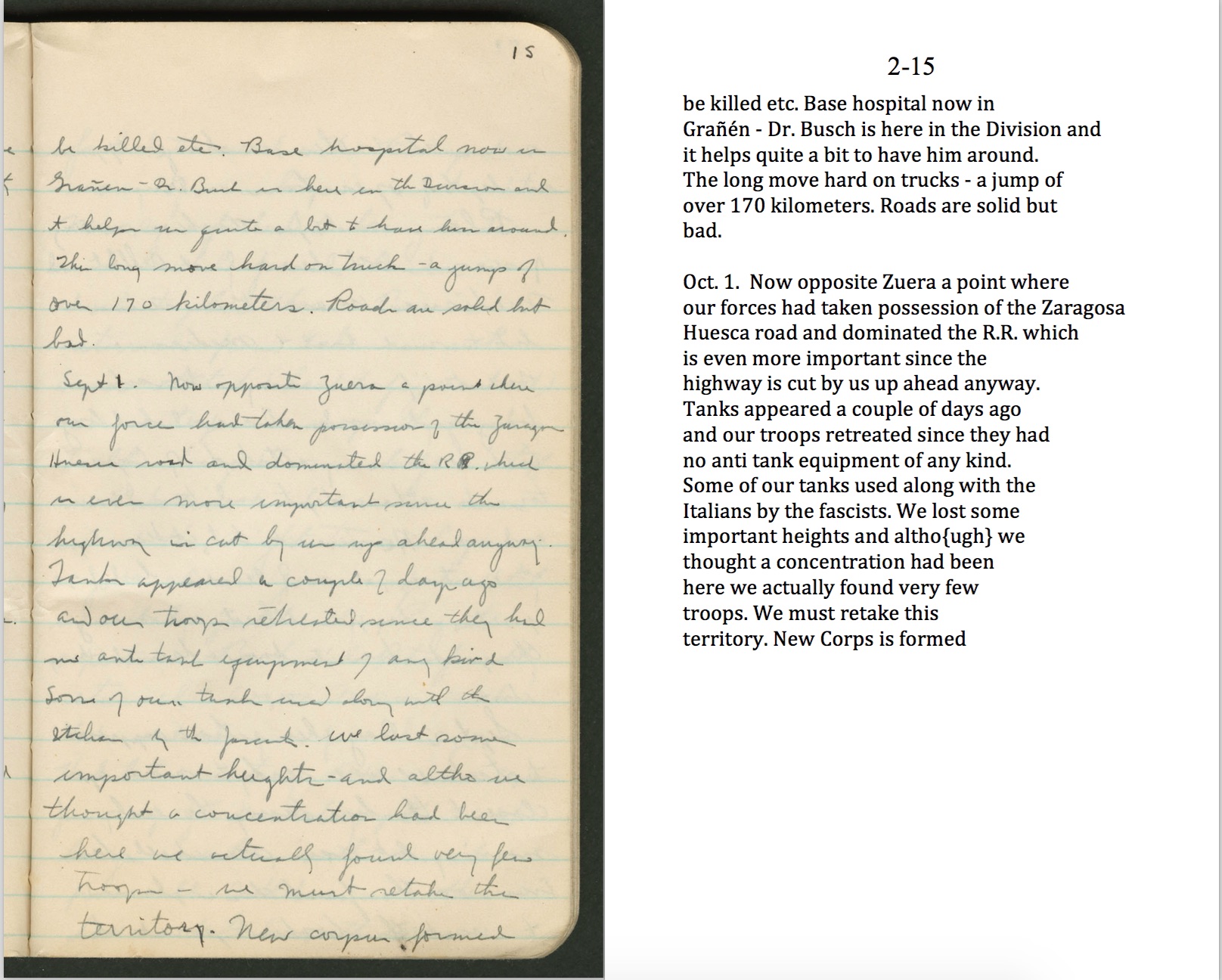 On October 1, the men move up from Senes to a point near Zuera where the road from Huesca to Zaragoza was cut by the Fascists.   Merriman says that this position is important to retake since they can dominate the Zaragoza railroad from this position and they can stop reinforcements coming up the highway from Zaragoza.   He mentions that they lost the heights above Zuera and that is on the north side of town so it is likely that of the two routes to get from Senes to Zuera, the Brigade may have just gotten to the top of the ridge overlooking Zuera on the north or approached the town from the south having gone through Alcubierre.   Merriman mentions that the road is cut south of them  (perhaps the photo on the right).   Merriman says that the ground was lost in a tank assault by the Fascists that even used some Republican tanks (along with Italian tanks) against them.

Organizationally, the new 5th Army Corps has been formed and General Walter is now in charge of a Corps and not just the 35th Division.  This means that General Pozas would have been moved out.  Merriman notes that Tedeusz (a.k.a. Thaddée and François) Oppman is now the Chief of Operations for the Army Corps.   Merriman gives the strategy of the operation being planned for October 2:  they are to be in reserve on the attack on Zuera and if necessary run back to Mediana and Fuentes if a counterattack ensues there.

Merriman says that Radomir Smrcka is performing well.  He reveals that Copic is ranting about everyone, including Fred Lutz and Ernesto Martinez of the Intendencia and Lou Secundy of the Autopark.  Copic is perpetually mad at Merriman and is bitching because it is now October 1 and he has missed another payday.  Merriman says he is bitching about 3 pesetas a day from Albacete, but Copic would have been getting 30 pesetas a day as a Lieutenant Colonel.  Perhaps he was out of Coñac.   Merriman is less than sympathetic and the hostility between these men continues to fester.

We take up October 2 in the next entry and get filled in on more of the Merriman-Copic battle.