Merriman only spent one night at Alcazar de San Juan Hospital and then asked to return to Albacete.  There he met with the Brigade leaders Vidal and Platone.  He was asked to write a report on the events of the 23rd and 27th.   This report is given on the pages of March 3 and 4.   A fuller report (in French) was given in the memoir by Vidal himself. (below*)

Merriman said that Commissar George Brodsky had arrived at the American base and he met him at Albacete.  Brodsky was one of the men interviewed by Sandor Voros who was one of the lead writers for the Book of the XVth International Brigade.   There are interesting interviews taken by Voros and after the war Voros was clearly anti-Communist so his writings later in life in his book “American Commissar” can be read with that background.  Voros says:

At that time I merely noted those stories, suspending judgment until they could be authenticated by filling in that six month gap in the history of the American volunteers that elapsed between their arrival and mine. That was difficult, for no official records were kept of that early period. Luck finally led me to George Brodsky who had been denounced to me by most of those early arrivals as the worst example of the behavior of Party leaders and commissars in Spain.

When I located him, George Brodsky was being kept in seclusion by the party awaiting repatriation. I found him a broken old man although barely in his thirties. He wouldn’t talk to me at first, he had been pledged to secrecy. When I finally induced him to confide in me, he not only talked, he spilled over.

His account was not quite coherent – he was stIll unnerved by his experiences, his eyes would dissolve in tears from time to time as he pleaded for my understanding … Brodsky had found himself right in the middle; the Americans were blaming him for their treatment by the French, while the French command held him responsible for the rebellious behavior of the Americans. As ranking party member Brodsky next was appointed Albacete Base Commissar for all Americans who were now arriving daily in Spain. The French command in Albacete showed themselves equally discriminatory against Americans, keeping them on short rations, which demoralized the Americans even more. Brodsky again was in the middle. The Americans raised demands and insisted on conditions which they expected Brodsky to enforce with the I.B. Command, with whom he carried no weight. The I.B. Command in turn, disgusted and contemptuous of those “spoiled cry-babies,” those “arrogant Americans,” held Brodsky responsible for their conduct. Considering them of little worth, they decided to disperse the Americans, to use them as replacements for other units, the British and Irish particularly; thus denying them the opportunity to serve in units of their own under their own command. (It was the story of General Pershing versus Field Marshal Foch all over again, but Brodsky was no Pershing nor did he have Old Black Jack’s political backing.)…

Worse still, the party had sent them overseas wiIhout assigning to them even a single leading party member with sufficient organizational experience who would have commanded their respect. In short, they were leaderless, which gave rise to immediate factional groupings. Thus the unity of the group was destroyed from the start …

Had Brodsky been an experienced party leader, had he been entrusted with authority to represent the Central Committee of the United States, had he been given a “silk ribbon,” he could have taken a tougher stand, because ultimately all those matters were decided by the party. As it was, the existing situation was permitted to worsen and a number of Americans had actually been detached and sent to other units…. The story culminated in the Americans being sent to the Jarama front without training, under a makeshift and inexperienced command, which resulted in the death of a disproportionately high number of them right at the outset of the battle. The surviving volunteers again blamed Brodsky for that and cried for his head.¹

Merriman also met with Alec Donaldson² and tried to find out where Harris was.  He did not find him.  Later that evening Peter Kerrigan² of the British Battalion returned from the front and revealed that the Americans were out of the line and had passed a resolution.  This was a problem for the Americans because it expressed lack of confidence in the Brigade leadership.

Robert Klonsky, one of those who had been in Spain approximately seven days, says that when he and other wounded men made it back to the trenches, their general reaction to what had happened was one of rage and anger, rather than demoralization.  Some leaned against the parapets and cried tears of futility, anger, and frustration.  Others wandered aimlessness through the trenches, cursing the “bastards” and “idiots” who had forced the attack.  One source gives information as to the whereabouts of Battalion Commander Stember during the attack {Voros’ book says that Stember was in the cookhouse purportedly solving problems there}.  Stember did not go over apparently, and when men returned after some hours in the open field and olive grove, Stember, at luger point, ordered them back from the parapets.  Needless to say, his authority was ignored.³

Again, one can rely on Cecil Eby to get to the heart of discontent within the Lincoln ranks:

On March 1, Lincoln survivors gathered under a cliff behind the lines in a rump parliament selected a slate of new officers.  Although opposed by the brigade officers, who “tried every trick in the book to stop the meeting”, they settled on Arthur Madden, a steelworker from Gary, Indiana, as co-commissar to neutralize Stember.  As commander they insisted upon being led into the next battle by one of their own, even though after canvassing everyone present, they found no one qualified to lead.  The stormy forum lasted for a half a day before they picked a compromise candidate, Martin Hourihan, a former seaman (purser’s section) who had had a brief stint (as a clerk) in the U. S. Army.  He could serve as Captain Van den [sic, der] Berghe’s adjutant while learning the ropes. Outrage displaced fear as the reigning mood of the battalion.  They voted to petition Brigade for their immediate removal from frontline service (with some men returning home); two weeks of military training under real officers rather than “self-elected amateurs”; courts-martial of those responsible for sending untrained men into battle; and permission to contact the central committee of the CPUSA (called by one skeptic “like nothing so much as a child crying for its mother”).  Five men carried the petition to Colonel Copic, who passed it on as American insubordination and mutiny.4

This undoubtedly was the “resolution” discussed by Merriman.  Eby continues by discussing the observations of Dr. John Simon who found the men dangerously depressed.   Simon had to post guard over one Lincoln who was suicidal.   Eby says that this Lincoln was Andrew Royce, who we have come across before.  Royce worked from the rear until the  battles of the Ebro in the Spring of 1938.

Merriman was sent to the La Passionaria hospital at Murcia where he would be for much of that month.  He resumes his catching up on the diary by noting that it is now March 25 when he is writing.

¹ Sandor Voros, American Commissar,  Chilton Publishers, 1961, 477 pp.   Note that much of the book has been made available by his grandson at http://americancommissar.wordpress.com/

² See post of 19-20 January to see references to Alec Donaldson and Peter Kerrigan. 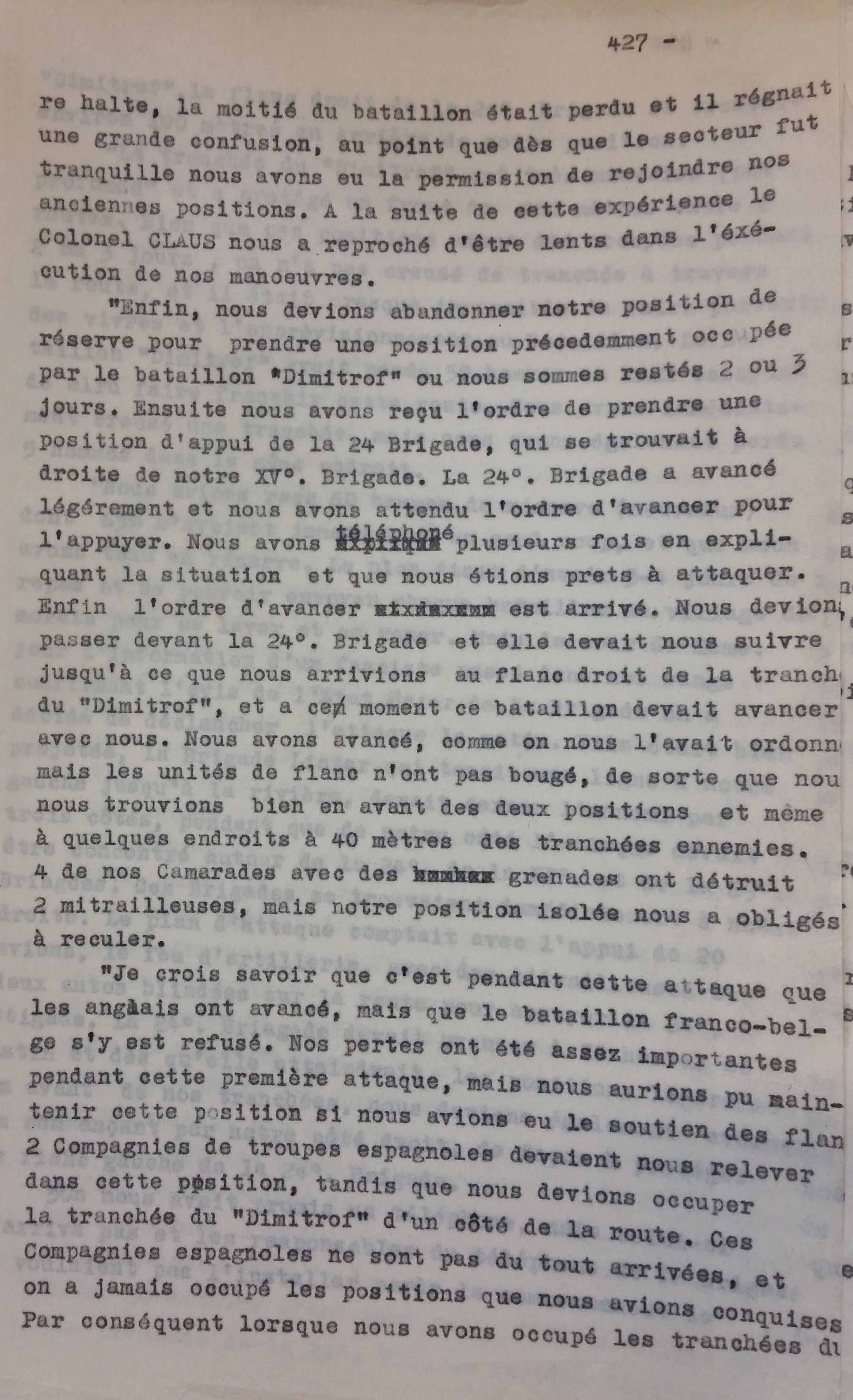 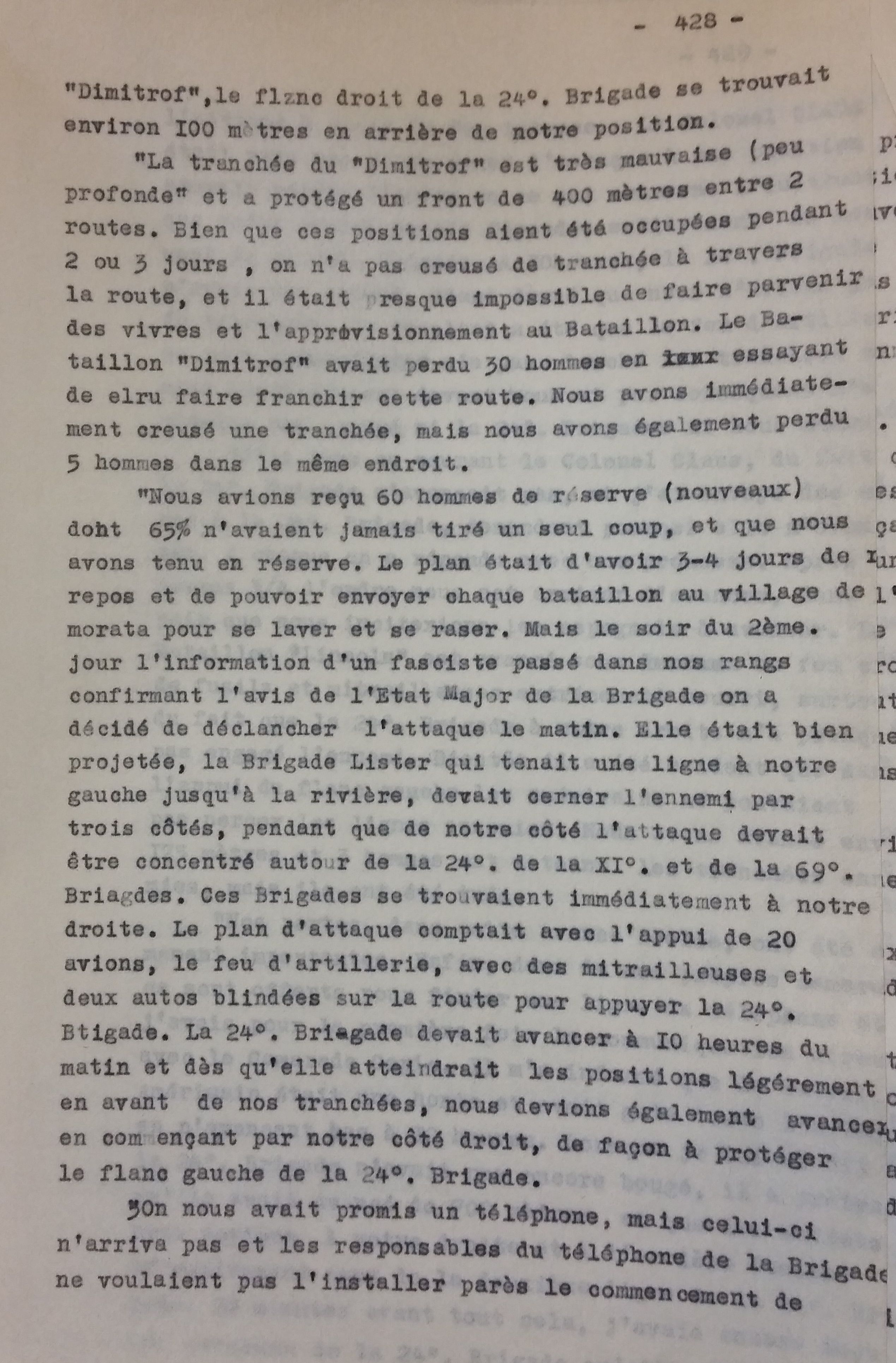 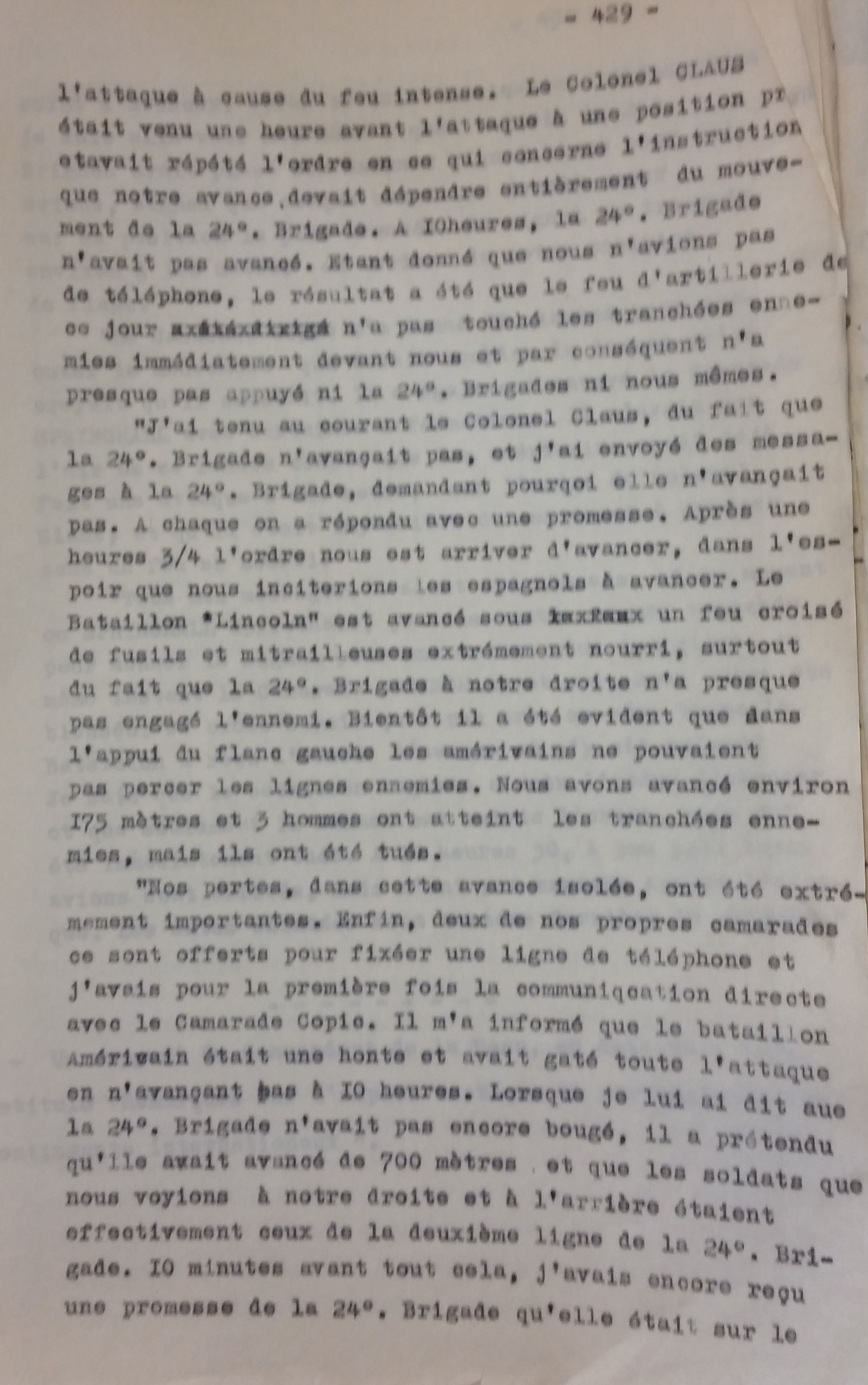